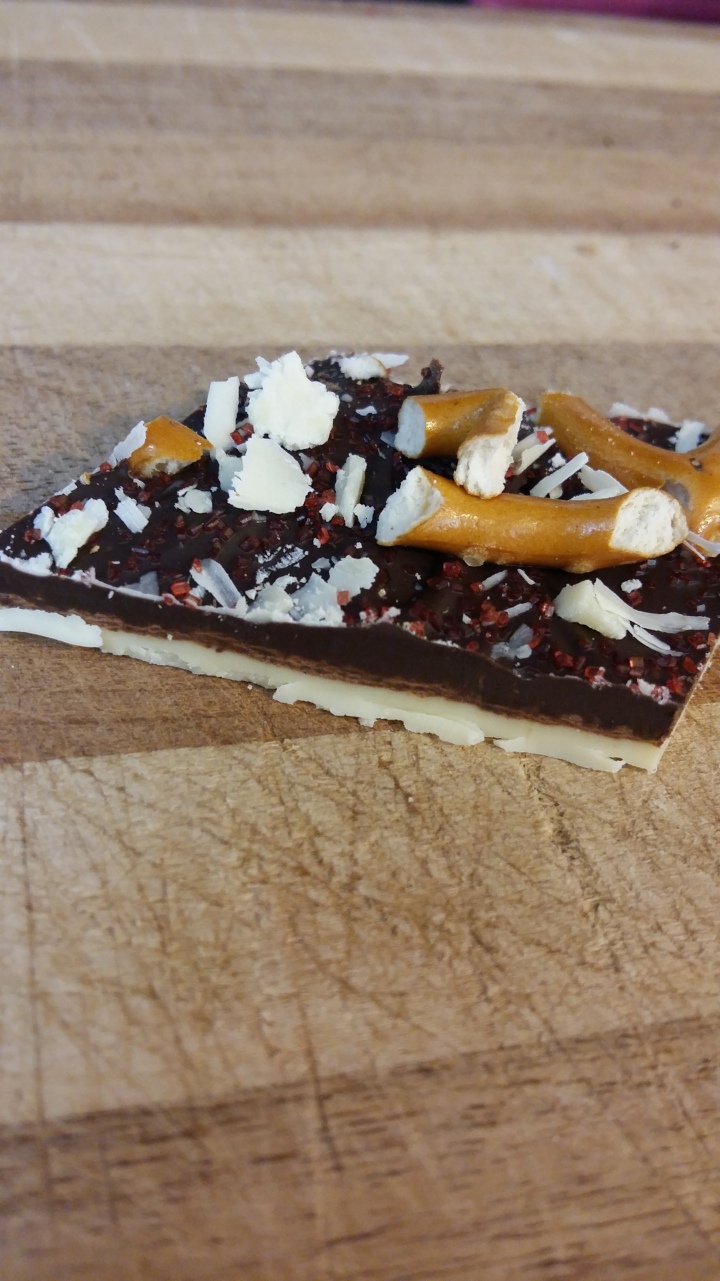 I hope you have been enjoying the posts so far!! Today I thought I would share a edible gift idea. I’ve seen for years the chocolate and peppermint bark floating around the internet and wanted to put my own twist on it!  I made up the recipe as I went and it turned out awesome!

I microwaved the choc. for 30 sec. intervals on power level 5 stirring after every 30 sec. until it was melted. White chocolate is very hard to work with so you have to be very carful to not burn it.

After I melted the choc. I poured it on a cookie sheet and leveled it out.

I stuck it in the fridge until it hardened completely.  While I was waiting I prepared my toppings.  I used a knife and a square of white choc. to make shavings.

Next I got about a handful of pretzels and broke them into smaller pieces. I also used a little bit of sprinkles. 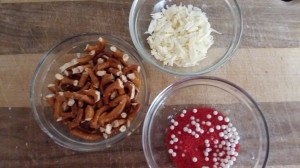 After my white choc. was completely hard I started to melt the chocolate chips.  I melted them in the same way. After they were melted I poured it on top of the white choc. 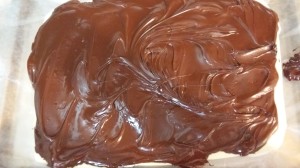 While the chocolate was still melted I put on my toppings.

I let the choc. harden completely before I took it out. 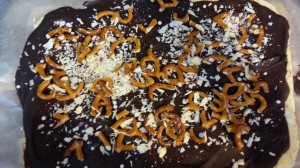 Next I took it and started breaking pieces off. You can either break them or cut it with a knife. 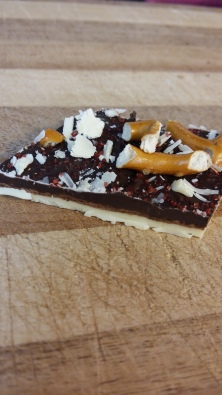 I LOVED the taste of this. It’s sweet and salty at the same time. ( Please don’t tell me I’m the only one that likes that combination!! 🙂 )

This would make a great gift for a neighbor, friend, family, or anyone.